As any project that WVA undertakes, we start with a deep understanding of the given context and conditions related not only in a geographical term but also the cultural and socio-political background of the project. This is what we understand as the DNA of the project, the data that will enable us to give shape to the scheme through rigorous analysis and project a three-dimensional form to it.

Located at the confluence of two rivers of Zhuhai, China, WVA’s scheme for the Observation tower takes the advantage of being a point of junction, of connection between different neighborhoods of the area, but at the same time, being a destination point, where people, locals as well as tourists will participate in the dynamic of the urban environment.

As a main attractor of the surrounding, the tower will be above all a reachable landmark, which most of the people will be able to see, by walk or by car, it will be a visible element that will enlighten the landscape.

A peak of gathering sceneries as a concept for the Observation tower, is thought as a three-dimensional flow where the metaphor of the three roads, three bodies of the river will be shaped into a mountain that refers to the Jianfeng Mount across the river, on the other side of the waterfront. Three bodies will converge into a central vertical element to form the tower, and among these two will be bridges that connect a smaller island designated as part of the park and the other one linking the other side the near neighborhood.

A system of vertical potted landscape will refer to a re-interpretation of the Chinese Mountain and Water Painting, a traditional theme that ancient painters mastered in the Chinese culture. A series of gradually placed potted platforms will be stacked one on top of the other to create a unique experience of Chinese traditional pagoda behind a parametrically patterned façade of an abstract Mountain and Water themed perforated metal screen.

A steel structural system for a light and fast constructive solution will be a major advantage for the client that wants to control and optimize the time for the construction process. Tubular truss and steel cross bracing are used to enhance structural performances.

At the top of the Observation Tower, WVA’s scheme proposes a platform that offers a 180° panoramic view of the surrounding and at the back of the platform a facetted mirror which can reflects the environment but also the sunlight like a diamond in a fragmented way. A system of sliding louvers is mechanically programmed to manage opening and closing of the top part of the façade, revealing the observation platform and the “Pearl”, the facetted mirror, when visitors gather on the top and enjoy the panoramic view, this façade being able to be shut to assure the homogeneity of the themed façade.

As part of the future landscape of the waterfront, the Zhuhai Doumen Observation Tower will try to be a landmark that offers a cultural identity and neighborhoods connectivity, a kind of “Proximate Icon”, where locals and tourists will find its convenient and welcoming aspects. 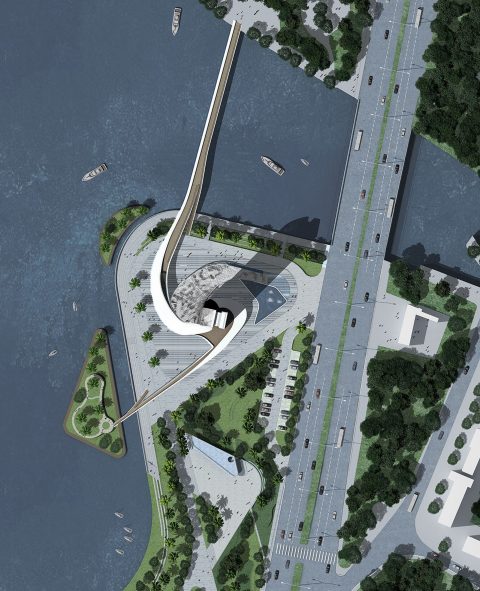 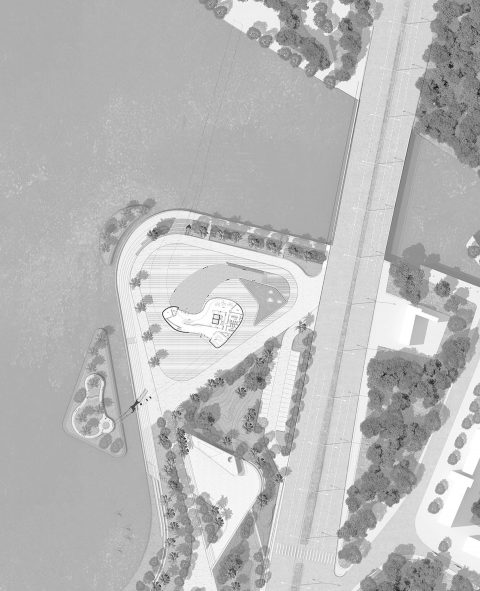 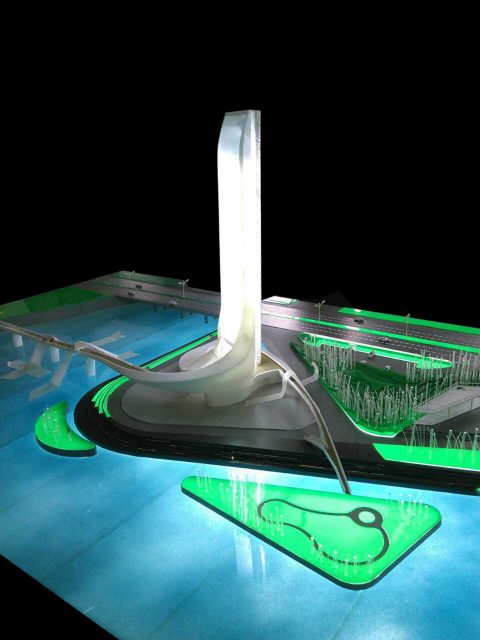 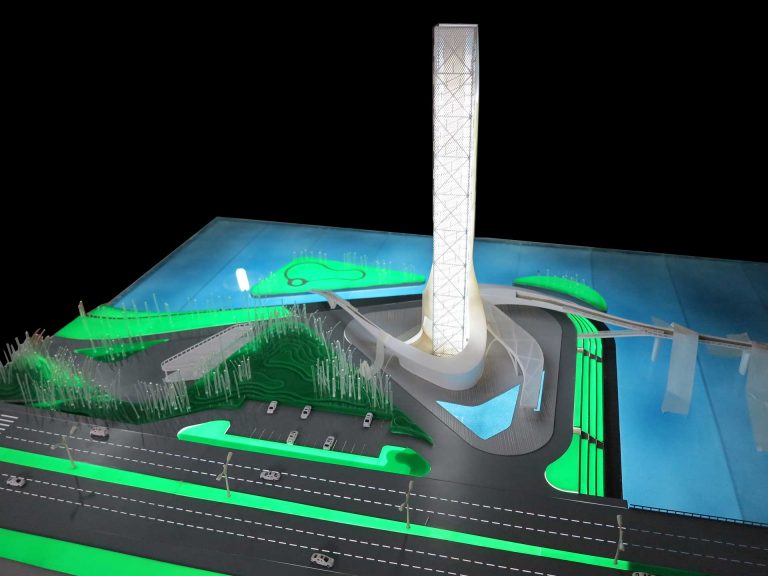