Chongzhou (Chinese: 崇州; pinyin: Chóngzhōu) is a county-level city under the jurisdiction of Chengdu, the capital of Sichuan province, People’s Republic of China, located about 37 kilometres (23 mi) west-southwest of downtown Chengdu. It is accessible by road from central Chengdu via the 65.1 km (40.5 mi)-long S8 Chengdu–Wenjiang–Qionglai Expressway, just outside the Chengdu greater ring road.

Chongzhou is nearby a set of rivers and nearby towns that are worth visiting, for example Anren, in Dayi county, which was a famous prosperous town in the Tang dynasty. It has many touristic spots nearby and it attracts tourists from all over the province and even at the scale of China.

Located in a mountainous forest, the site is about 2.7 km from a touristic ancient village towards east side and in proximity to a temple, around 3.2 km to its west. A sinuous road divides the site in three different parts, cutting the dense forest, thus giving the most difficult problem to solve for the project. We then propose to re-structure the 3 areas into a coherent and consistent scheme that aims to link and provides a programmatic distribution of the site.

The north main area concentrates all the accommodation program of the project, with a hotel, service apartments and villas on the northern part. An elevated plaza in the middle provides a shelter for the parking and a drop off area, where a waterfall wall marks the entrance and assures a visual sign and at the same time as a landscape feature. Enabling rain collecting and water recycling, the plaza has a pool for this use.

The hotel has a tight relation with its terrain, it is imagined as a bamboo forest where every room can have the best view to the elevated surrounding and acts as an iconic main building of the project. The façade is made of row concrete and a vertical rhythm of corten steel given the hotel a stronger metaphor of the bamboos. From the interlocked cylinders, we can read the distribution of the rooms, sometimes twin bedrooms, sometimes duplex. The back and northern façade is mainly served as a distribution corridor where two main staircases and an elevator volume intersect. At night time, the corten steel vertical thins illuminate from the back and the light glows behind create a unique atmosphere in the forest, giving a blurred impression of the hotel and its surrounding. The featuring pool reflecting the hotel accentuates even more this feeling.

The villas in the northern part of the planning are conceived as independent units but acting as a whole and harmonized background landscape for the project. Meant to be sold, they would assure an immediate income for the developer. Their plans are also thought in the same way as the hotel, meaning that they form the same unity and consistency of the scheme. Based on variations of different sizes of cylinders, the villas merge themselves into the forest and interact with the surrounding almost like tree trunks or tree huts. 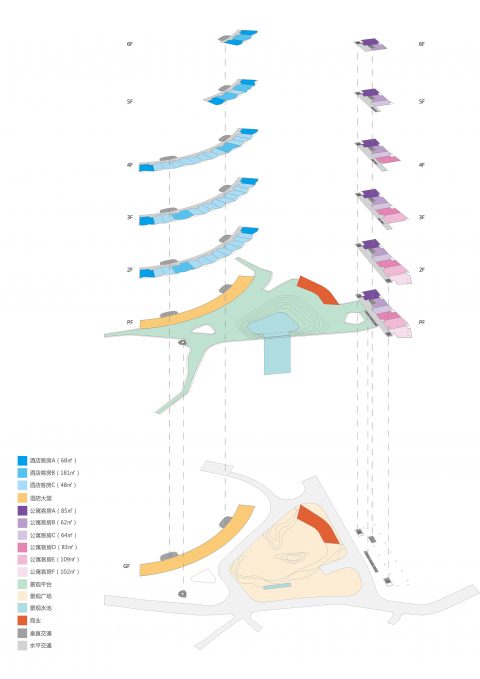 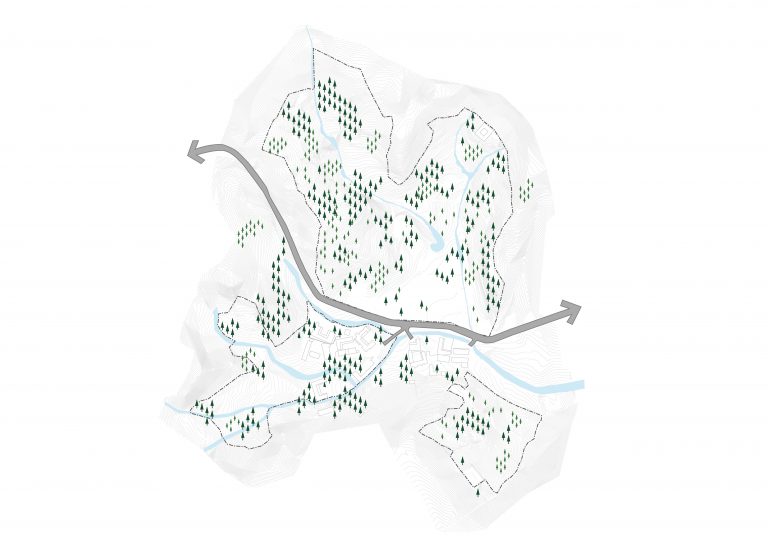 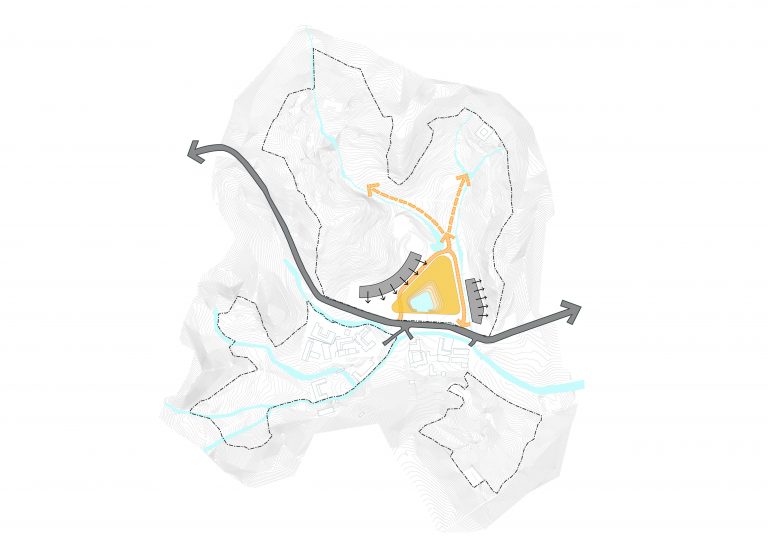 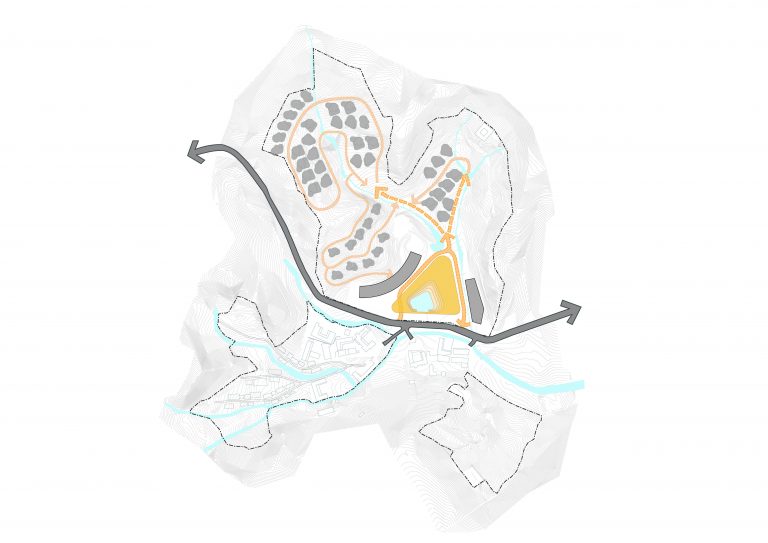 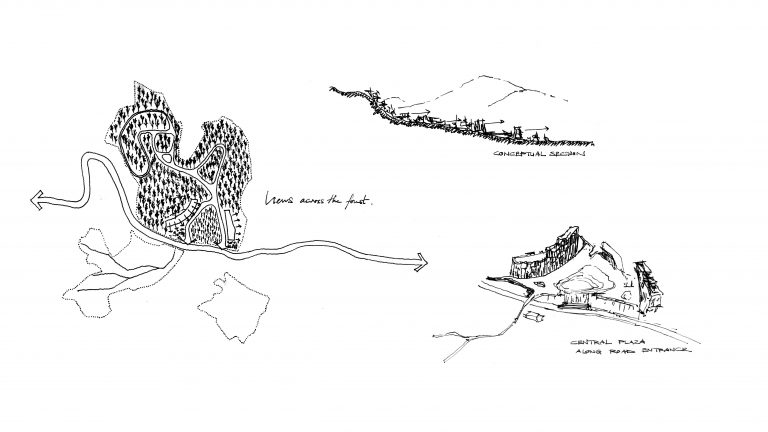 Garden On The Rock Hotel